The world of algae is full of discoveries and C-LED is studying the effect of light on the growth of these photosynthetic microorganisms. C-LED technologies have also been on the news programme TG1 following their use in the cultivation of “spirulina” microalgae.

Gabrielli (Founder of Tolo Green): “It’s not enough to reduce the environmental impact of energy production from fossil sources through investment in photovoltaics alone”

Oristano,13 april 2019 – Two new spirulina production plants were inaugurated today in Milis and Arborea by Tolo Green, a company of the Tolo group that develops and manages investments in the renewable energy market. These two production sites, which will produce microalgae for food purposes, are an important investment for the region in terms of economic development and productive process innovation.

The facilities, which will reach a total annual production of 15 tons of spirulina, will use 100% sustainable processes with zero impact on the local environment.

“The choice of producing spirulina microalgae, the protein source with the lowest possible water consumption, is fully in line with the concept of environmental sustainability, which is the philosophy of our group” – declared Gilberto Gabrielli, founder and Sole Administrator of TOLO Green. “We decided to invest in this new business venture since we believe it is not enough to reduce the environmental impact of energy production from fossil sources through investment in photovoltaics alone.”

The production technology will be aimed at creating a virtuous circle in which each stage of the production chain leads to the start of the next: in addition to human nutrition, the microalgae will be used in agriculture and as feed for livestock.

The project, modelled on the verticalization of biotechnology production processes, is ideally suited to Sardinia, which has very sunny areas that tend not to be polluted.

The initiative is also the main plant component of the European project SpiralG, within the framework of the Horizon 2020 funding programme, aimed at the integrated development of microalgae for the production of extracts and additives with high added value.

“Our light grows the future” at Expo 2020 Dubai 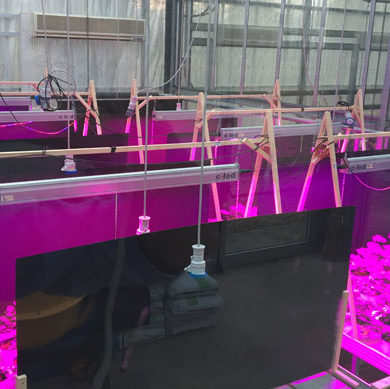