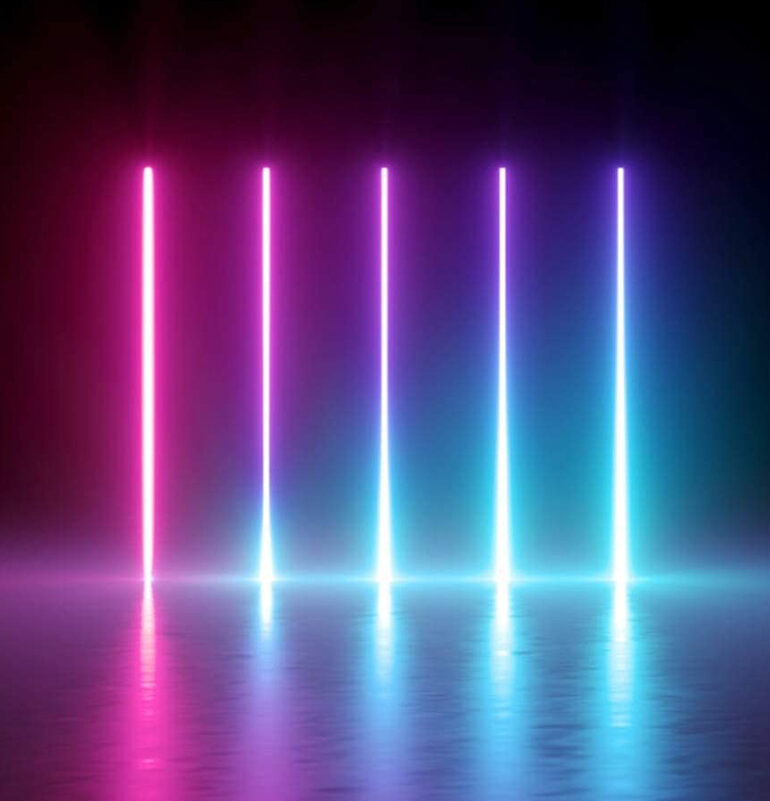 UV-C Lamp: a weapon against bacteria and viruses

Germicidal UV radiation is a sterilisation method that makes use of shortwave UV light (ultraviolet UV-C) to kill microorganisms.  It destroys their DNA, leaving them incapable of performing vital cellular functions.

The technique has several applications, including purification of food, air and water.

UV-C light blocked by the atmosphere’s ozone layer is weak when it reaches the earth’s surface.

The application of ultraviolet light for sterilisation dates back to the mid-20th century. Mainly used in medical facilities and in sterile work environments, it is increasingly applied to sterilise drinking water and wastewater. In recent years it has also been integrated into air purifiers.

UV-C Lamp: how was it conceived?

The story of UV light commenced in 1878 when Arthur Downes and Thomas P. Blunt published a paper describing sterilisation achieved by exposing bacteria to shortwave light.

Indeed, the 1903 Nobel Prize for Medicine was awarded to Niels Finsen for using the UV-C lamp to treat skin tuberculosis.

Instead, the use of UV-C light to disinfect drinking water was implemented in Marseilles, France, in 1910.

In 1955, Austria and Switzerland adopted water treatment systems based on UV-C radiation, and Europe already counted 100 plants in 1985.

The efficacy of UV-C lamps depends on the duration of a microorganism’s exposure to UV radiation, on the intensity and wavelength of UV radiation, and on bacterial resistance to ultraviolet light during exposure.

Dust and film settling on the UV-C lamp reduce the emission of UV radiation; hence, the need for cleaning and proper maintenance.

UV-C Lamp: what are the application fields?

Air disinfection: UV radiation can be used to disinfect air in case of prolonged exposure. Indeed, in the 1930s and 1940s, an experiment conducted in public schools in Philadelphia showed that ultraviolet devices installed in high schools could significantly reduce the transmission of German measles among students.

Water disinfection: Ultraviolet light disinfection of water is a purely physical process that does not use chemical substances. Even levels of parasites, such as Cryptosporidiosis or Giardia, which are extremely resistant to chemical disinfectants, are effectively reduced by UV light.

UV radiation can also be used to remove chlorine and chloramine species from water. The process is called photolysis and requires a higher dose than normal disinfection. UV disinfection does not remove either dissolved organic substances, or inorganic compounds or water particles.

Aquariums and ponds: UV light sterilisation devices are often used in aquariums and ponds to control the presence of undesirable microorganisms in water. Continuous sterilisation of water neutralises unicellular algae, thus increasing water transparency. Moreover, UV radiation prevents the reproduction of exposed pathogens, thus reducing the probability of an epidemic in the aquarium.

Laboratories: The UV-C lamp is frequently used even in laboratories that disinfect equipment with ultraviolet radiation. Laboratory personnel disinfect glassware and plastic items with this method.

C-LED: UV-C technology at the service of companies

The company also produces wireless connectivity systems, developing Beacons, programmable proximity sensors, which can be used for interactive communication and for efficient energy management of environments.

Contact us by filling in the form on this page. We shall be happy to answer your questions and provide customised solutions studied to meet your needs.

To receive information and updates from the C-LED world
Manage cookie
To provide the best experiences, we use technologies such as cookies to store and/or access device information. Consenting to these technologies will allow us to process data such as browsing behavior or unique IDs on this site. Not consenting or withdrawing consent may adversely affect some features and functions.
Manage options Manage services Manage vendors Read more about these purposes
View preferences
{title} {title} {title}