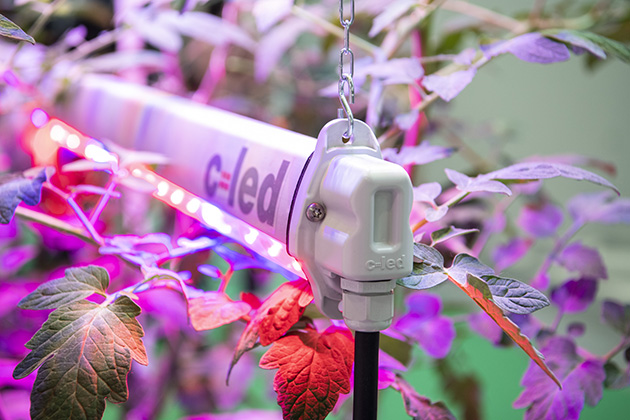 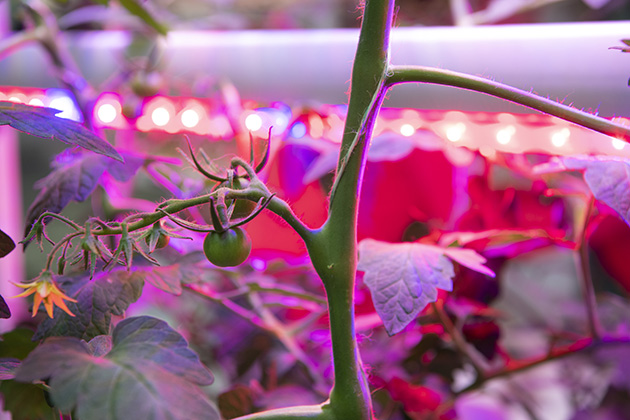 C-LED Interlight lamps are designed to provide light to the lower-middle section of the leaf canopy on the high vertical-growing plants that are typically found in intensive greenhouse growing operations. In greenhouses the growing light, natural or artificial as it may be, is directed at the plant from above. This means the intensity of the light reaching the lower leaf layers is significantly reduced, which compromises production.

One of the most suitable solutions for growers is to arrange two rows of Interlights, set a specific distance apart, to diffuse light homogeneously along the entire plant profile.

The University of Bologna carried out studies on four rows of tomato plants, with a suitable number of LED lamps being used to ensure coverage of the entire row length; the point of origin of the light and its angle of emission was assessed. In this context it was observed that the dual C-LED Interlight system resulted in a kg/m2 production yield 200% greater than that obtained by placing lamps exclusively over the apex of the plant and almost 20% greater than that obtained with LED lamps that emit light parallel to the ground.

The effectiveness of the light produced by C-LED Interlight lamps is, in fact, increased not just positioning them within the canopy; it is also increased by the angle of light emission which, with its specific tilt angle and perpendicular on-leaf incidence, maximises interception.

The same experiments were repeated by Fri-El Greenhouse, in collaboration with C-LED, on two hectares as part of a more in-depth, larger-scale study; thanks to confirmation of the obtained results, since 2018 the number of hectares dedicated to growing has been increased to six.

UV-C Lamp: a weapon against bacteria and viruses 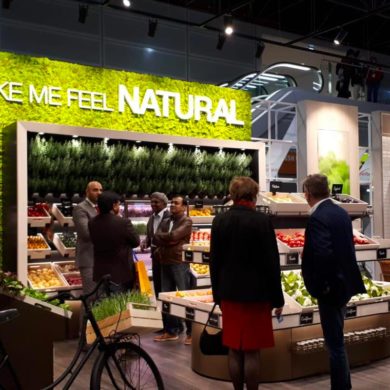